Honolua Bay: One of Maui’s Best Snorkeling and Surfing Spots

Honolua Bay Maui is one of the top places on the island for snorkeling and surfing. From the short and easy jungle hike to get to the bay, to some of the best snorkeling Maui has to offer, to the waves and swells that world-class surfers pine for, Honolua bay is possibly among the most special places on island, if not the world. Where is Honolua Bay?

Honolua Bay is located on Maui's north-western shore, just north of DT Fleming Beach Park and Slaughterhouse Bay. With views of both the islands of Lanai and Molokai, since it is on more on the north shore of Maui,  you'll get picturesque views all around. You can drive around the bay, slightly past the parking area to get an overlook of the bay itself and the stunning views will be something you'll never forget.

When coming from Lahaina, Kaanapali or Kapalua, keep heading north along Maui's western loop. Roughly ten minutes north from the more populated spots on the western side of the island, you'll come across Honolua bay shortly after Slaughterhouse beach and before getting Kahakuloa Village. You can see an overhead view of Honolua Bay from Kalaepiha Point, the cliff on the southern side of the bay.

From there, you'll park on the side of the road and head through the jungle-y forest that makes Maui beautiful and unique. Once past the lush trees and tropical plants, you'll emerge onto a rocky shoreline and the bay of Honolua. There, you'll have a view of the unforgetting bay and the rocky cliffs in all of its glory.

I've heard Honolua Bay snorkeling is some of Maui's best. Is it true? 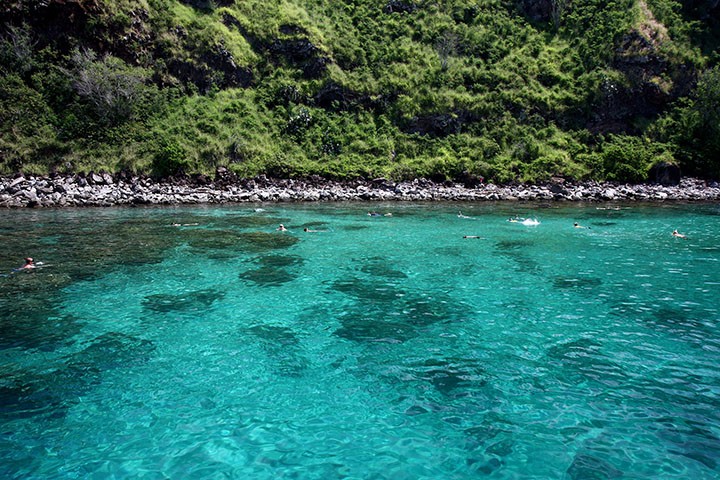 Honolua Bay as some of the best snorkeling Maui has to offer.

Being so remote and far from most of the more inhabitable parts of the island, Honolua gets a break from the daily impact that humans have on their environment, despite how hard we try to preserve the natural beauty of our surroundings.

Let's face it. We're hard on our surroundings.

That's one of the reasons why Honolua has such great snorkeling. Most people live at least 15 miles away from this area. It also faces open ocean and the nearest island is ten miles away across the water and it doesn't have many people over there so our influence doesn't impact it as much.

You can see just about everything Maui has to offer in the ocean at Honolua:

Honolua Bay Maui Shark Attacks?? Should I be worried?

Yes, the occasional shark shows up here. Like the old adage says,

Dip your finger in the ocean. Taste it. If the water is salty, there could be a shark there.

Some sharks you don't have to worry much about.

If you poked me enough, I'd probably bite you.

Give the marine life a respectful distance and you shouldn't have any problems.

However, it's always a good idea to exercise caution.

Tiger sharks on the other hand can be aggressive and they do tend to come to Honolua Bay more often than other areas on Maui.

Just about every shark attack that you hear about on Maui will be because of a tiger shark. They are larger and more territorial than reef sharks.

What's the overall Honolua Bay Surf Report? Is the surf good there? 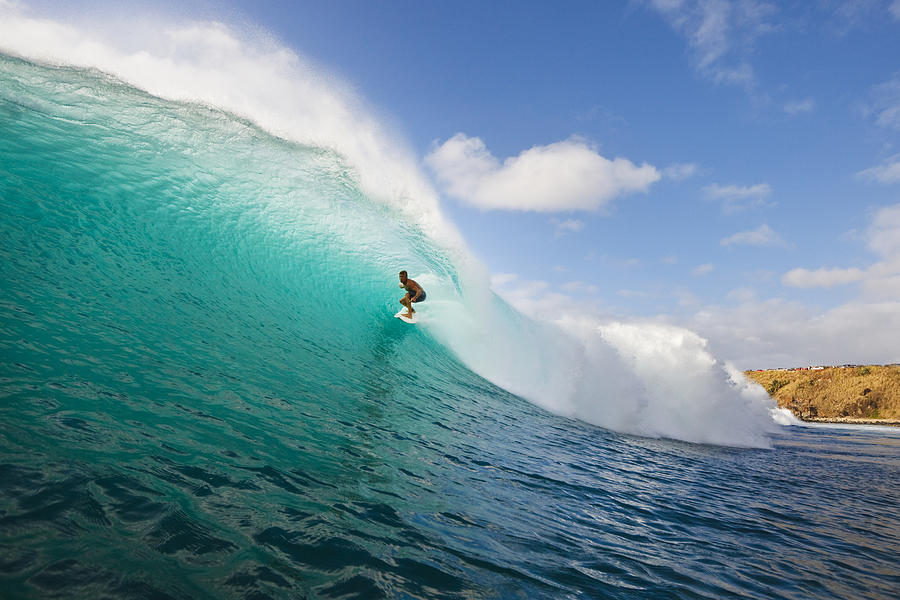 Surf at Honolua Bay can be some of the best on island.

Yearly, they hold the Maui Pro Surf Competition at Honolua where surfer's from around the world come and compete against each other. There's no boat ramp nearby for surf access, so it takes a little hiking to get to the break. But Honolua is a favorite surf spot among surfers, especially when there's a north swell firing. Needless to say, that doesn't make for great snorkeling when the surf breaks.