If you're looking for some excitement during your time on Maui, you can't go wrong with paragliding. Flying through the sky with nothing but you, your parachute and the clouds (oh, and your tandem instructor hooked up to your back) will possibly be one of the most exciting moments in your life.

The company to go with is Proflyght Paragliding. The company's owner, Dexter, personally takes its customers up into the air on an adventure of a lifetime. There are only a few other instructors (read: guides) aside from Dexter due to the rigorous selection process, keeping safety a number one priority. While the flights themselves last under an hour, the trip will be something you remember forever.

When booking, you'll see that everywhere it's called paragliding “Tandem instruction.” Due to FAA regulations, (yes, the paragliding parachute, called a wing, is considered ultra aircraft) rides are not allowed. Therefore, the “instructors” give a small briefing about what's going on, how to “fly” with the wing and the basics of flight.

One last warning, if you're flight was anything like ours, be ready to dish out another $225 for another flight or more for the instruction to get paragliding certified yourself. Yes, it is really that amazing. If you're not scared of heights, or if you are and want to see for yourself how amazing flight is, you will want to do this.

Summary: Paragliding is one of the most exciting things you can do, which makes it that much more amazing on Maui!

The only reason this didn't get a full five stars has nothing to do with the company or the paragliding itself. If you go, you will absolutely love it if you're on the more adventurous side.

Weather is a big factor in paragliding, so if the weather isn't cooperating, you may lose your chance to go. You also may not know if the weather is good enough until after you're signed up and already checked in. If the clouds aren't just right, or if it's not windy enough or if the wind isn't coming from the right direction, you may be out of luck.

However, if you get to the point where you're in the air and you're the adventurous type, you will absolutely love this! 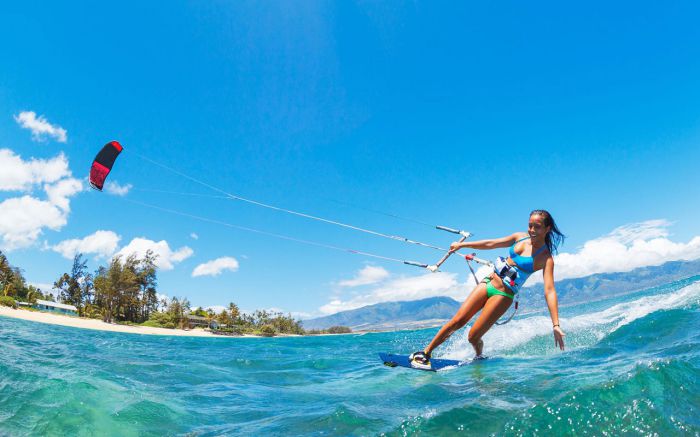